IRCLinqed is a mod for Minecraft that lets you chat over IRC in-game. No longer do you need any extra 3rd party chatting software, you can chat from right within Minecraft's chat window. 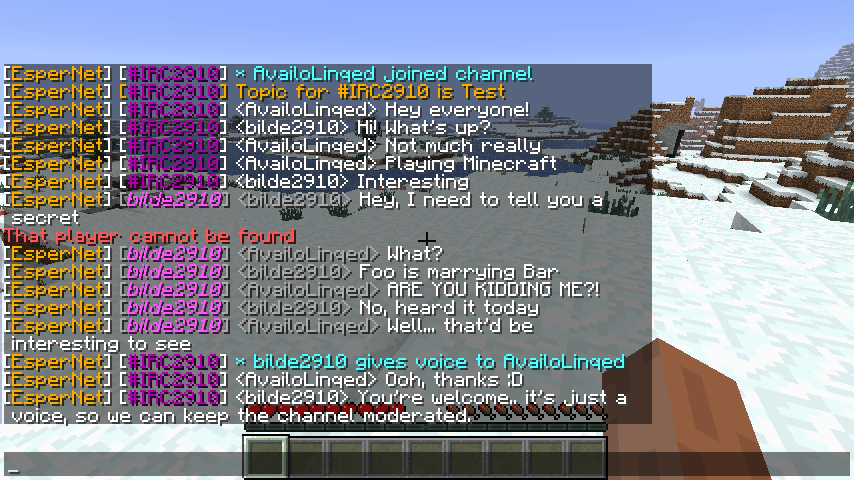 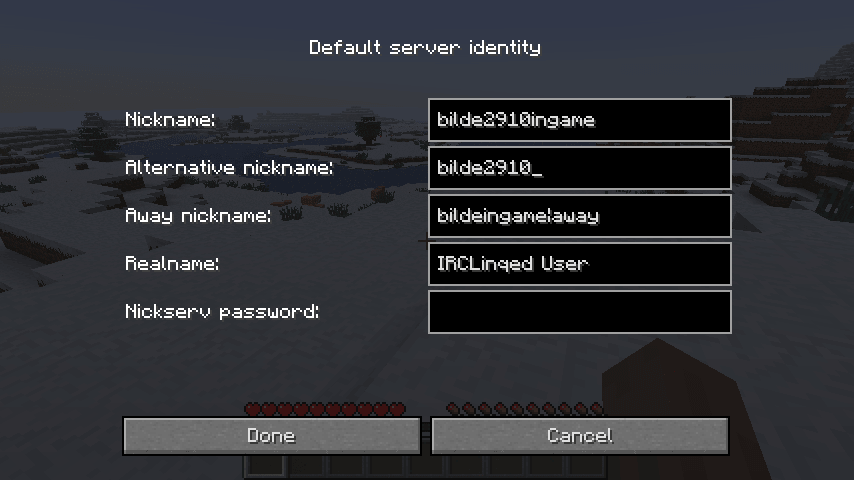 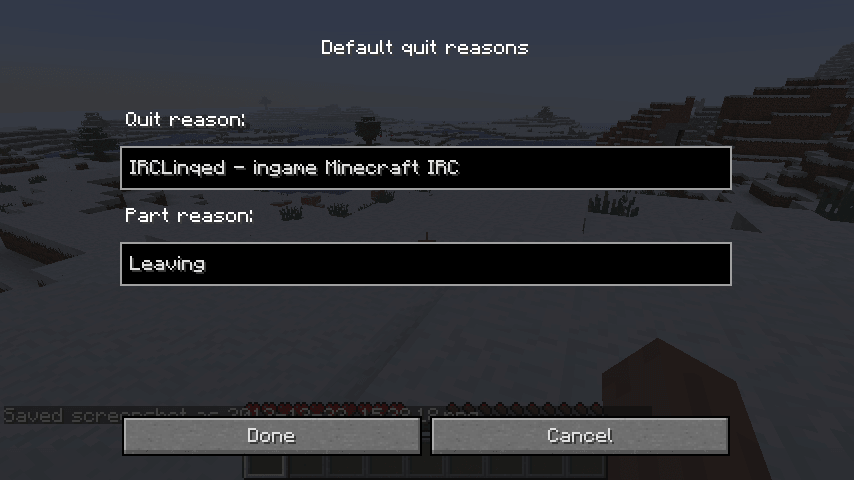 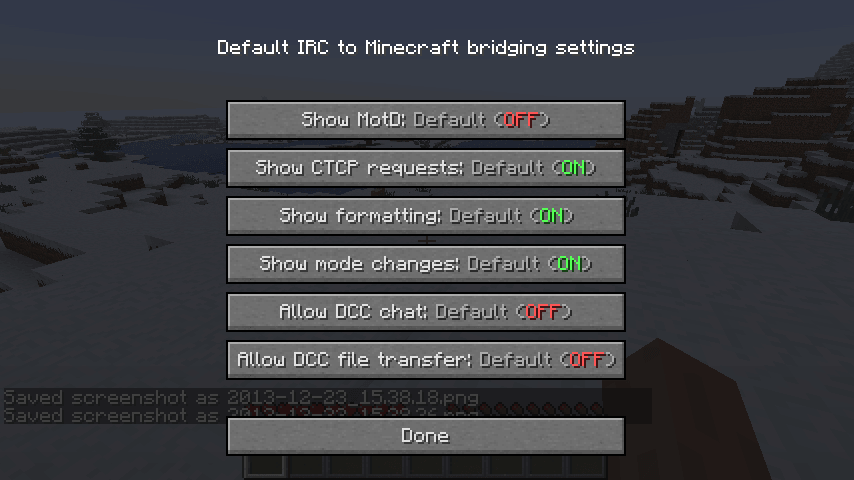 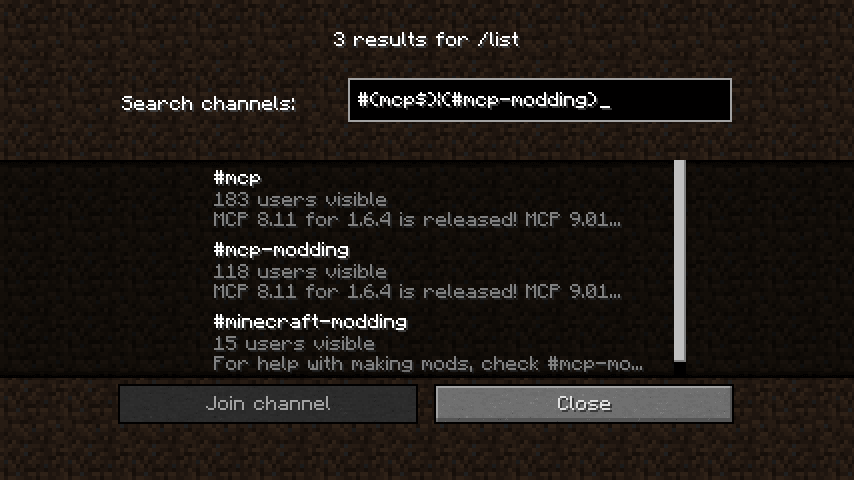 Q: Does this mod require ModLoader or Forge?
A: Yes - Forge is required.

Q: Can I include this mod in my mod pack?
A: If you contact me prior to adding it, and you get my written consent, then yes. I usually accept my things being put in mod packs, but NOT if it has been added without my consent or without understanding of the requirements I send you.

Q: How do I install it?
A: Refer to the Installation section just above.

Q: Do I have to pay anything to download this mod?
A: Of course not!

Q: How do I switch between channels I'm on?
A: Use the /join command, as if you were joining the channel.

Q: How do I switch between servers I'm on?
A: Multi-server support is currently just in Alpha, and switching between servers hasn't been implemented yet. You can, however, disconnect from a server with the /quit command, you'll then automatically talk in the previous server you connected to. This may be buggy.

Q: How do I send messages over IRC?
A: In your standard chatbox (press T in-game), enter a pound symbol (#), followed by a space, then your message.

Q: How do I send commands to IRC?
A: You send them just like normal IRC messages; just enter your command instead of the message.

Q: I found a bug! How do I report it?
A: Send us a message over at the Contact Us page (see navbar at top), or post a reply on our Minecraft Forums topic. Remember to include a description of what you did prior to and when the bug occurred, and, if possible, include a log.

Q: What does it mean that the mod is in alpha?
A: Alpha means that the mod is not fully developed, and it's known to contain bugs and miss features. It's not a finished product and requires major work to complete.

Q: I love this mod so much I feel like donating to you! How can I do that?
A: Well, thank you a lot for appreciating my work that highly! I am sadly unable to get a PayPal account or similar up and running in the near future, so donating would be hard :(