Void is a two player turn-based puzzle game. Both players share a common goal of completing the puzzle, but only one player may move at a time. The game board consists of black and white tiles, and the two players, light (white) and shadow (black), can only move on tiles of opposite colors to themselves. Using switch keys, players can toggle some tiles from black to white and vice versa, but this only lasts for as long as a player is touching a switch key. Using switch keys, the players have to reach the golden keys to unlock the door, and then stand at the exit to finish the game.

Void was made in Construct 3 and contains music composed by Kevin MacLeod and fonts drawn by Bill Walker. Neither Kevin MacLeod nor Bill Walker are affiliated with this game or its development in any way. 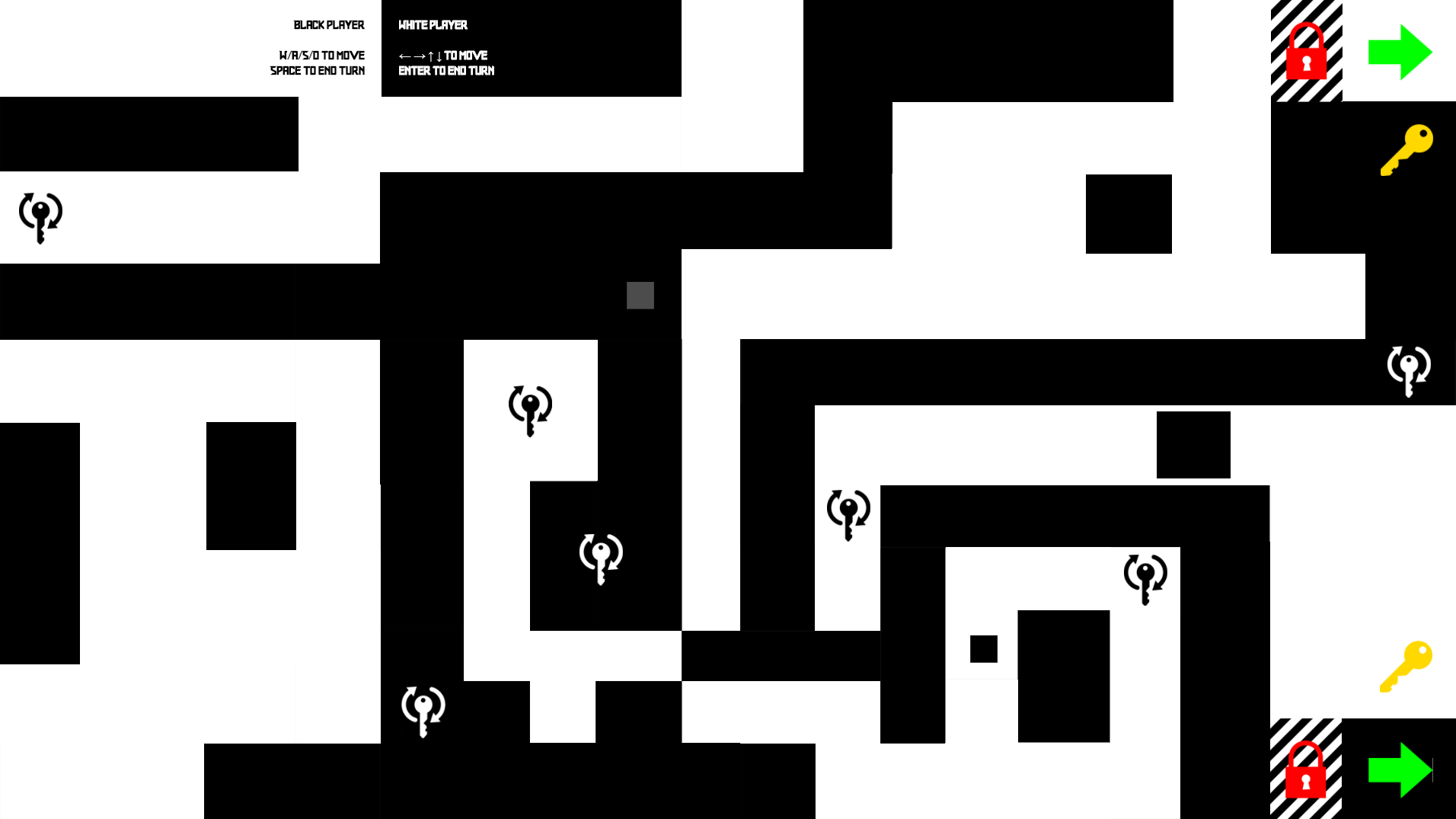